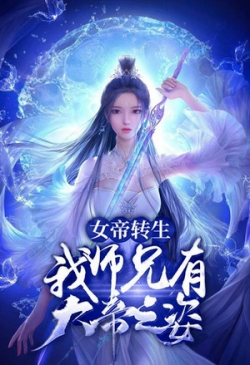 Su Xing traveled through ten years in time and secretly checked in for ten years at Tianquan Peak. He thought he could continue to develop, but he suddenly got three junior sisters.
His first junior sister was seemingly the reincarnation of a female emperor who had fought b.l.o.o.d.y battles to the edge of the world in her previous life. Her second junior sister seemed to have royal blood as well, but due to unforeseen events in the dynasty, she had no choice but to leave her hometown and bear the hatred of her family and country. His third Junior Sister seemingly transformed from an ancient beast. Her origin was a mystery, and her bloodline was exceptionally powerful.
Originally, he thought that as their senior brother, he could take care of his juniors, but instead, his powerful junior sisters had him covered everywhere. Three junior sisters, «Who dares to bully my senior brother?» Su Xing, «As the senior brother of three freakish junior sisters, I am under too much pressure!»
When the Emperor’s Secret Realm appeared, his three junior sisters fell into danger at the same time. For the sake of his junior sisters, Su Xing decided to longer slack around. Coming out from seclusion, «Who dares to bully my junior sisters? I will destroy your orthodoxy!»

Princess Is Glamorous In Modern Day

Becoming Rich In A Beast World

I Am A Scarecrow And The Demon Lord Of Terror!