Read novel online » Wife is Fierce, Don't Mess With Her! 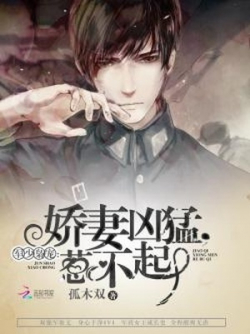 Wife is Fierce, Don't Mess With Her! summary:

Once Gu Qingjiu, she was fortunate enough to be born in the “best” family, ended up having a miserable and unjust life.
Reliving her life once more, Gu Qingjiu chooses to enlist in the military and bear the toughest hards.h.i.+ps she has ever faced. Everyone says that she’s the least possible person to join the special forces. However, she manages to prove all of them wrong.
Good-for-nothing? Who’s the good-for-nothing? Is she a good-for-nothing when she can throw all of them onto the floor in a fight? Is she a good-for-nothing when she has results better than everyone else? She’ll prove all of them wrong.
Enter Helian Niancheng, the well-known, youngest major-general in Beijing. A banishment sends him into the basic ranks in a military camp as a new recruit. From then on, he meets a person that makes him dote on and protect at all costs, his beloved. However, his beloved is only focused on fighting and killing. Major-general Helian declares this to be a very bad, a very terrible situation. Yet, Gu Qingjiu merely replies,
“Scram! Lower your gun if you dare!”

Wife is Fierce, Don't Mess With Her! Chapters

From Sidekick to Bigshot